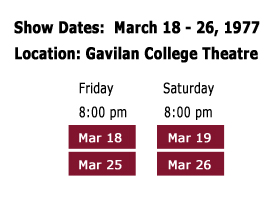 The Crucible, by Arthur Miller, is a dramatic re-enactment of the Salem Witch Trials in Massachusetts in the late 1600’s. Although the play centers on real events, it is not actual “history” – Miller changed the ages of characters and consolidated several historical figures so that there are fewer actors on stage. It was first produced on stage in January 1953. Arthur Miller intended to use the Salem Witch Trials as an allegory about the anti-communist Red Scare and the congressional hearings of Sen. Joseph McCarthy going on in the United States at the time.