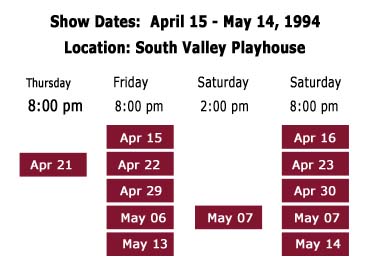 Called the funniest farce ever written, Noises Off presents a manic menagerie as a cast of itinerant actors rehearsing a flop called Nothing’s On. Doors slamming, on and offstage intrigue, and an errant herring all figure in the plot of this hilarious and classically comic play.

“The most dexterously realized comedy ever about putting on a comedy. A spectacularly funny, peerless backstage farce. This dizzy, well-known romp is festival of delirium.” – The New York Times