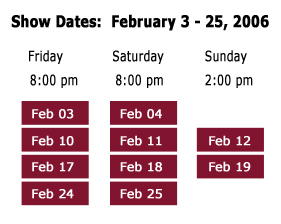 Sondheim and Prince’s Company was first released in 1970 and quickly came to be regarded as a landmark musical. It captured the tone of an era of social upheaval and disquiet; an era when women were experimenting with their new found rights and freedoms; an era when the Pill had just been released. The psychedelic scene of the 60’s was becoming old hat and the nation’s youth were looking for new areas to explore. Both disco and punk caught on as new forms of expression.

In Company we follow Bobby, a young man who is tired of his youthful exploits, but is not sure what direction to turn to as an adult. In his search, he turns to his friends, five quirky married couples, and looks at their varied relationships for answers to his own questions. In the end, Bobby realizes that what he truly wants is a commitment he can depend on: “someone to hold him too close.”