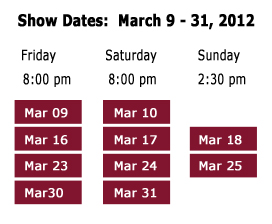 When Richard Willey, a Junior Minister in the British government, plans to spend the evening with Jane, a secretary to a leader of the Opposition, things go disastrously wrong – beginning with the discovery of a “body” trapped in the hotel’s only unreliable window. Desperately trying to get out of a potentially headline-making situation, Richard calls for his Administrative Assistant, George. However, with a conniving waiter, a suspicious hotel manager, an alert private detective, an angry wife, a furious husband, a bungling secretary, an unconscious nurse and a dead body to deal with, this is not the romantic evening Richard had planned.