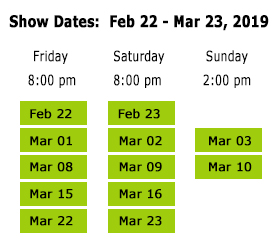 Jason Robert Brown’s popular musical  The Last Five Years  tells the story of two twenty-somethings who fall in love—and out of it again—over the course of a five year relationship. Jamie, an up-and-coming writer, struggles to balance his sudden success with his increasingly tumultuous love life, while Cathy, an aspiring actress, deals with the frustrations of her own stalled career while watching her husband from the sidelines. Jamie tells his side of the tale in chronological order, while Cathy relives the relationship backwards, with both stories intersecting in the middle, on their wedding day. The musical features memorable songs “Still Hurting,” “Shiksa Goddess,” “The Next Ten Minutes,” “Goodbye Until Tomorrow” and more. 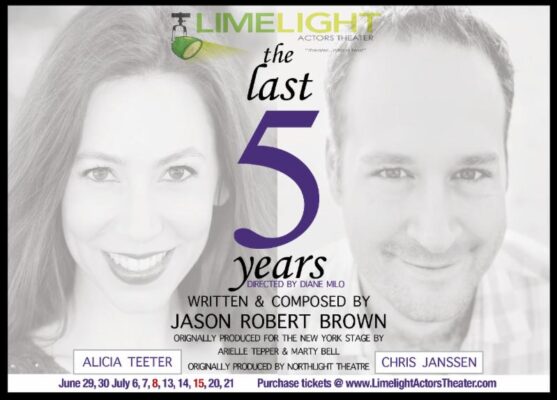