The Roar of Greasepaint – The Smell of the Crowd 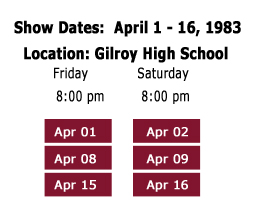 A parable disguised as a comic allegory about the class system in England, The Roar Of The Greasepaint – The Smell Of The Crowd, a musical by Leslie Bricusse and Anthony Newley, failed when it was first staged in London; but on its way to Broadway, it morphed into a depiction of the conflict between Sir, a portentous individual who is always on the winning side, and Cocky, a meek partner and Sir’s foil, who always seems to be on the losing end of the “game” the two incessantly play, and became a smash. Besides sporting one of the longest titles in Broadway’s history, the show also benefited from the popularity of now-familiar tunes like “A Wonderful Day Like Today,” “Where Would You Be Without Me?”, “Who Can I Turn To?” and “Nothing Can Stop Me Now!”