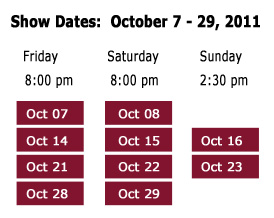 Just in time for the World Series we bring you the world’s best known baseball musical. What happens when a Washington Senators fan sells his soul so his team can beat the Yankees?

Based on the novel “The Year The Yankees Lost The Pennant” by Douglass Wallop, Damn Yankees, the Broadway mega-hit and winner of 7 Tony Awards including Best Musical hits it out of the park! The winning score by Adler and Ross and a devilish book by George Abbot have made this sporty musical comedy a true American classic. With songs like ‘Shoeless Joe from Hannibal Mo’, ‘You’ve Gotta Have Heart’, and ‘Whatever Lola Wants, Lola Gets’, this show is a winner whoever your favorite team might be.