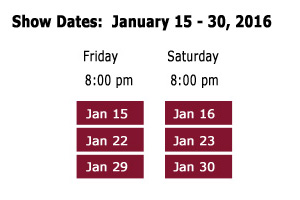 Adapted from the words and works of Truman Capote, Tru takes place in the writer’s New York City apartment during the week before Christmas, 1975. An excerpt from Capote’s infamous novel Answered Prayers has recently been published in Esquire and the author’s friends, recognizing the characters as thinly veiled versions of themselves, have turned their backs on the man they once considered a close confidant.