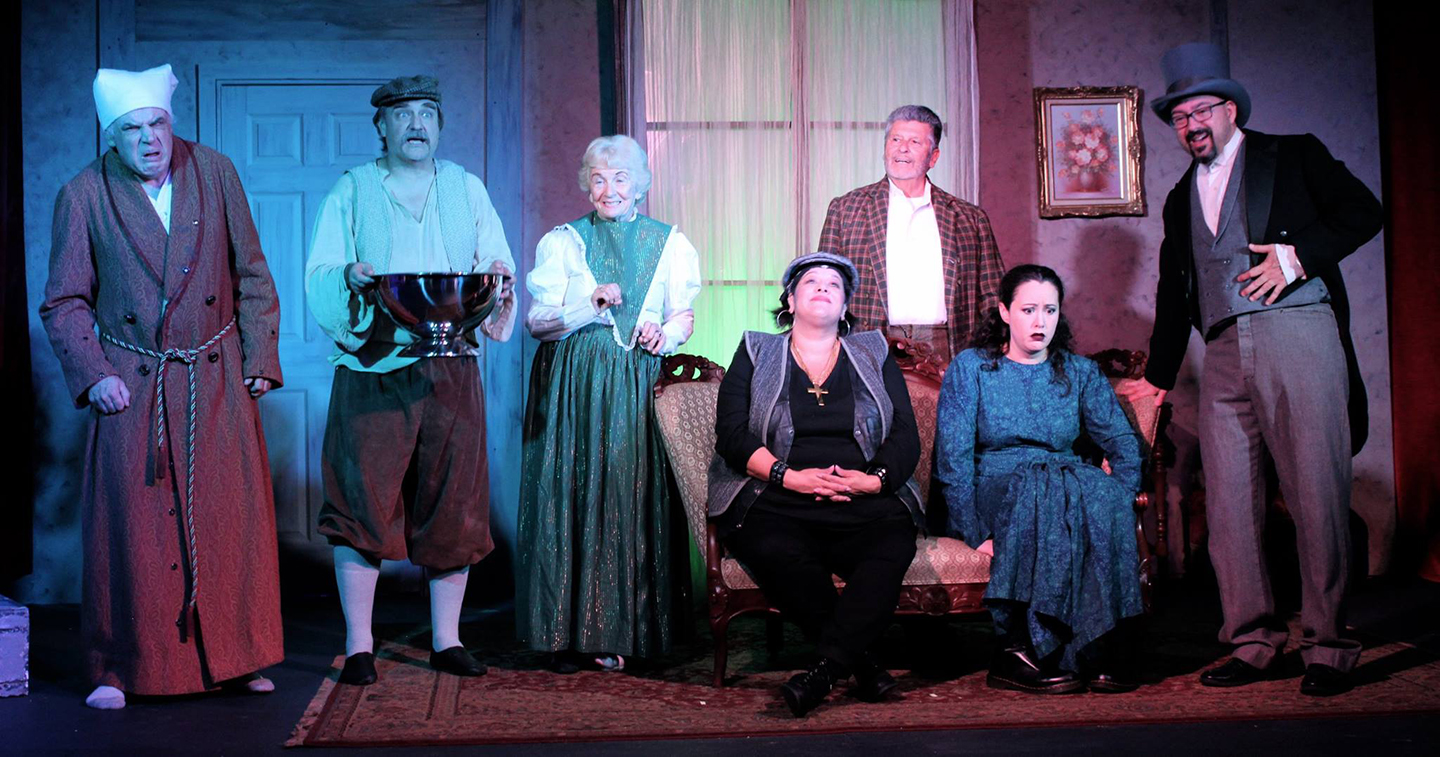 A Christmas Carol meets The Government Inspector meets Noises Off in this hilarious hit from Seattle. A man who asks to audition at a small theatre is mistaken for an informer for the National Endowment for the Arts. Everyone caters to the bewildered wannabe actor and he is given a role in the current production, A Christmas Carol. Everything goes wrong and hilarity is piled upon hilarity. A delightful comedy for the holidays.