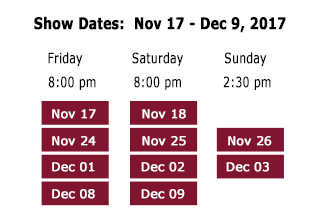 Growing up in an impoverished family in the Bronx in the 1920s-1930s, Moss Hart dreamed of being part of the glamorous world of the theatre. Forced to drop out of school at age thirteen, Hart’s famous memoir Act One is a classic Horatio Alger story that plots Hart’s unlikely collaboration with the legendary playwright George S. Kaufman. Tony Award-winning writer and director James Lapine has adapted Act One for the stage, creating a funny, heartbreaking, and suspenseful play that celebrates the making of a Pulitzer Prize winning playwright and his play Once in a Lifetime.

“…brims contagiously with the ineffable, irrational and irrefutable passion for that endangered religion called the Theater…Act One critically reminds us, at a moment when it’s easy to forget, of why so many of us fell head over heels for this cockamamie faith to begin with…Hart captured the desperation, egotism, self-consciousness, illusionism and perverse certainty that made his escape possible.” —The New York Times.