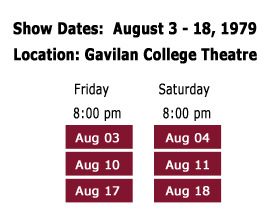 Winner of 3 Tony Awards, including Best Musical, Kismet has proven a winner with audiences time and again, thanks to its exotic setting, appealing characters and wry sense of humor, not to mention a lush score adapted from the soaring melodies of Alexander Borodin.