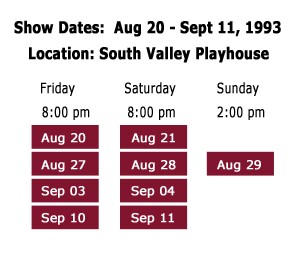 The S.S. American, sailing from New York to England, carries an unusual group of passengers. Included amongst them are a gangster (Moonface Martin), a wealthy debutante and her mother (Hope and Evangeline Harcourt), a nightclub singer (Reno Sweeny), and a wealthy New York businessman and his stowaway assistant (Elisha Witney and Billy Crocker). It turns out that Hope is Billy’s long-lost love. Unfortunately, she is now engaged to a wealthy Englishman, Lord Evelyn Oakleigh. After a series of comedic happenings, Billy manages to win back Hope. Meanwhile, Billy’s friend, Reno, manages to seduce and win Lord Evelyn. All this happens while Moonface Martin attempts to escape the law and Hope’s mother strives to maintain her social status.