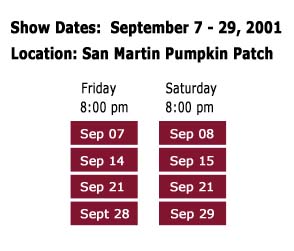 Winner of two Obie Awards, Best New American Play and Best Off-Broadway Production, The Foreigner is an uproariously inspired comedy that celebrates our curiosity and empathy for “the outsider.” Englishman Charlie Baker, self-proclaimed “world’s dullest man,” takes a vacation at a rural fishing lodge with his eccentric army buddy, Froggy LeSueur. Froggy concocts an outrageous scheme to save Charlie from his pathologically shy self by introducing him as an exotic “foreigner” who can’t speak

English. It isn’t long before Charlie’s guileless persona backfires and the mix of goodhearted, slow-witted and devious lodge guests share their deepest secrets and most sinister plans. What ensues is a series of hilarious and heartwarming revelations, which leads to the ultimate good guys vs. bad guys climax.