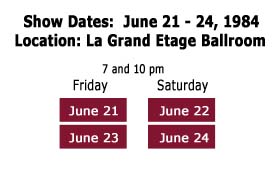 Richard Rodgers’ contributions to the musical theatre of his day were extraordinary, and his influence on the musical theatre of today and tomorrow is legendary. His career spanned more than six decades, and his hits ranged from the silver screens of Hollywood to the bright lights of Broadway, London and beyond. He was the recipient of countless awards, including Pulitzers, Tonys, Oscars, Grammys and Emmys. He wrote more than 900 published songs, and forty Broadway musicals.